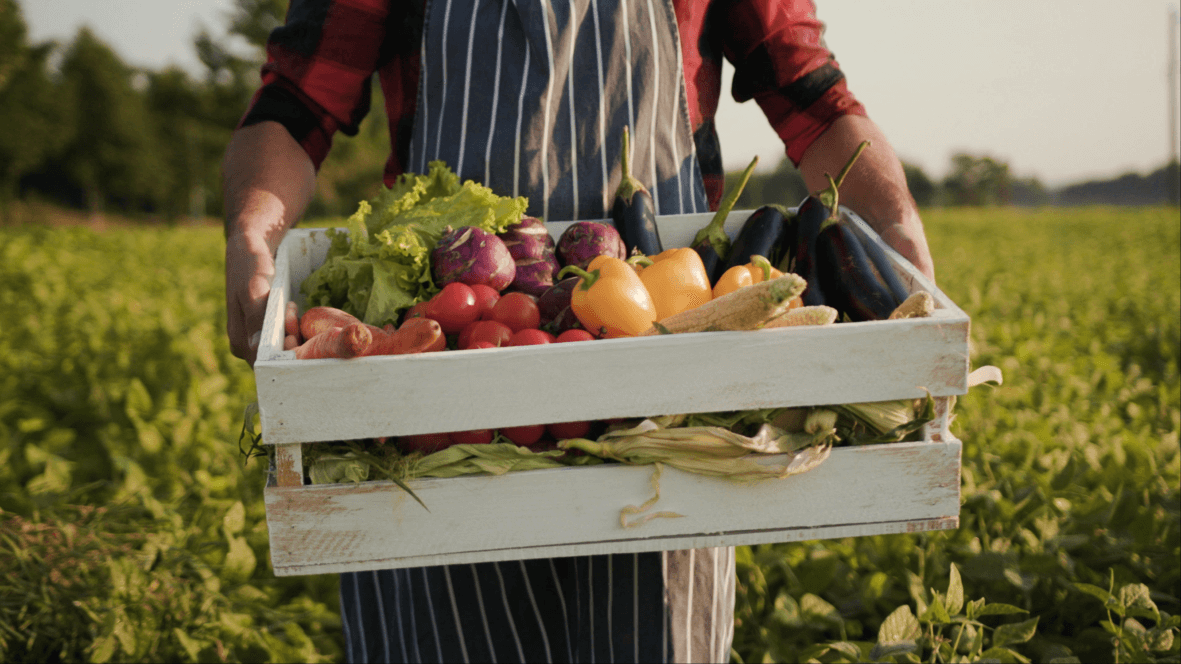 You’ve seen the word ‘organic’ all over the news, online and in grocery stores.

We’ve been reliant on conventional farming for years - is there really anything wrong with it?

Do we really need to make this shift towards organic farming?

The short answer is YES!

The word ‘organic’ isn’t just a marketing buzzword that’s used to make you want to purchase the slightly pricier fruit and vegetables.

There are real benefits to farming our food organically!

Conventional farming comes along with a ton of risks and over all, organic farming is the way forward.

Before we go any further, let’s address the big question: What is organic farming?

Organic farming is farming that does not involve chemical fertilizers or feed additives for livestock.

This means that organic farming is better for:

It’s all over the news and the internet - our health and our planet are in pretty bad shape.

And conventional farming takes a lot of the blame!

The list of negative effects of conventional farming goes on and on. Organic farming is better for YOU and it’s better for the environment…

… So it’s a win-win for you and society!

The Environment: It’s no secret that we are experiencing a climate change emergency, and we’re all trying to do our bit to help save the environment.

One step we can take to make a big difference is the way we farm.

There are many reasons why organic farming is a better option for the planet:

Farm Workers: In conventional farming, farmers die every year because of the use of pesticides.

This is more common in third world countries…

… But it also happens right here in the U.S.

In California, there was a yearly average of 475 reported farmworker poisonings from pesticides in the years 1997-2000.

These dangerous pesticides are not found in organic farming, creating a safer working environment for farmers.

But the dangers of conventional farming doesn’t end there!

Many farmworkers spend years in the field exposed to toxic chemicals, and some studies have reported increased risks of certain types of cancers among farmworkers.

A shift to organic farming will eliminate these issues.

Consumers: Food that is produced by organic farming is better for consumers.

The production of organic food is proven to be better for human health.

Organic foods tend to have more beneficial nutrients, such as antioxidants, than their conventionally-grown counterparts.

Not only that, but it also ensures that your food is free of GMOs.

GMOs can have harmful effects on the human body that science hasn’t exactly figured out yet.

The risks of GMOs are largely unknown.

The European Union has banned GMOs, as have Australia, Japan, the UK and two dozen other countries.

But here in the U.S. they don’t have to be labeled on our food.

When we opt for foods that are organically farmed, you don’t have to worry about dangerous GMOs making their way into your food.

And the benefits don't stop at healthier crops!

Dairy products from animals that are raised organically are typically healthier than conventionally produced dairy products.

One study shows that the content of the healthy Omega-3 fatty acids and antioxidants were significantly higher in organically produced milk.

Children: Children are particularly susceptible to the effects of pesticide exposure.

We do everything we can to keep our children safe.

We make sure they’ve got a helmet on when they ride their bikes.

We buckle them into a seat belt when we put them in the car.

We make every effort we can to make sure that poisonous household substances are out of their reach.

But the food they are eating could be slowly poisoning them!

Research has shown that switching children to an organic diet drastically reduces their exposure to organophosphates - a class of dangerous pesticides which includes toxic malathion and chlorpyrifos.

Since organic farming does not allow:

Making it overall much healthier for your children, whose organ systems are still developing and therefore are more vulnerable.

With an organic diet, your children are on their way to a healthier functioning body.

Plus - it’s not just about our children who are eating organic foods.

Children living in areas with high pesticide use are at great risk of health effects because of their high susceptibility to pesticides.

Even unborn children are at risk by the effects of conventional farming! Pesticide exposure for pregnant women working in the fields can have devastating effects on their babies.

In fact, one study investigated the link between exposure to dangerous pesticides and babies born with birth defects.

In one case that was brought to court and decided in favor of the plaintiffs, a mother exposed illegally to pesticides gave birth to a child without arms or legs.

So, this is not just about the kids who eat the organic vegetables from the grocery store.

It’s about children all over the world, particularly in third world countries where they are exposed to dangerous chemicals daily.

So as you can see, pretty much everyone benefits from organic farming!

Remember that next time you’re in the store choosing between organic or non-organic foods.

Make sure you think about: